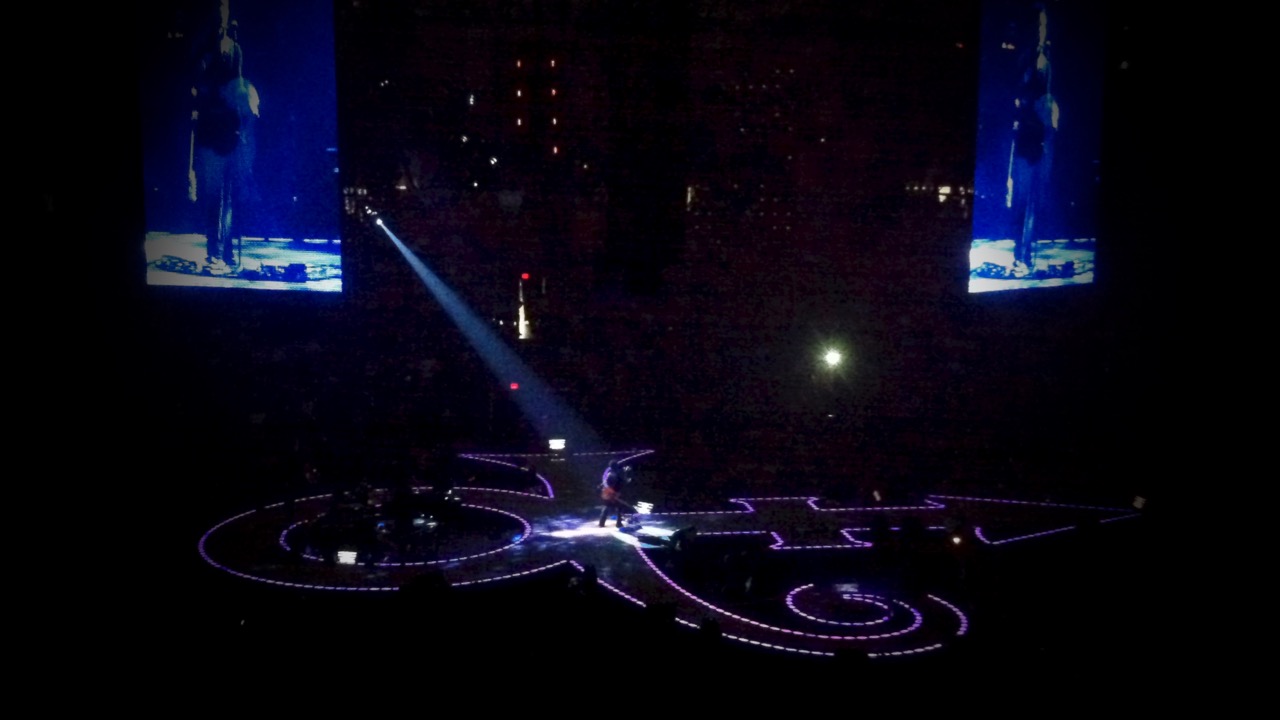 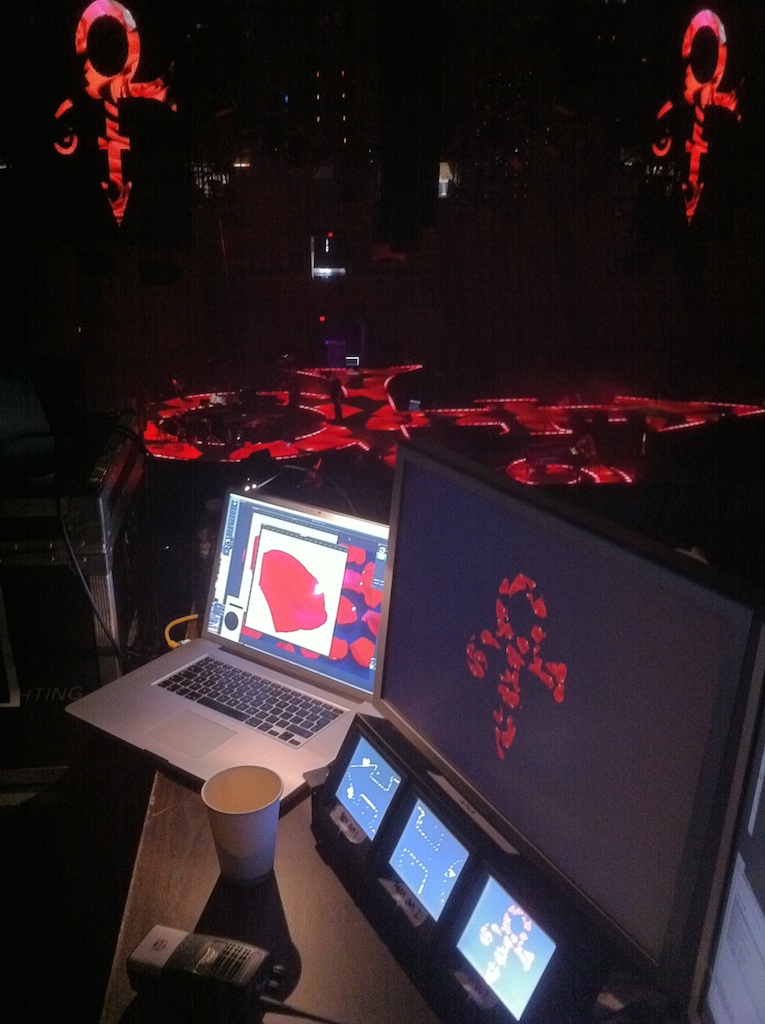 In April 2011, Kit and I were asked to come out to the Los Angeles Forum to work on the projection design for an un-named and unannounced project, which in the space of two weeks turned into the ‘Welcome2America’ tour. Working with the unique in-the-round stage design, I created a bespoke application that would track Prince’s movements around the floor area and project a physics-based particle system into the space, creating a myriad of effects whilst allowing for complete freedom of movement on stage.

The tour continued around the US and on to Canada and Australia.