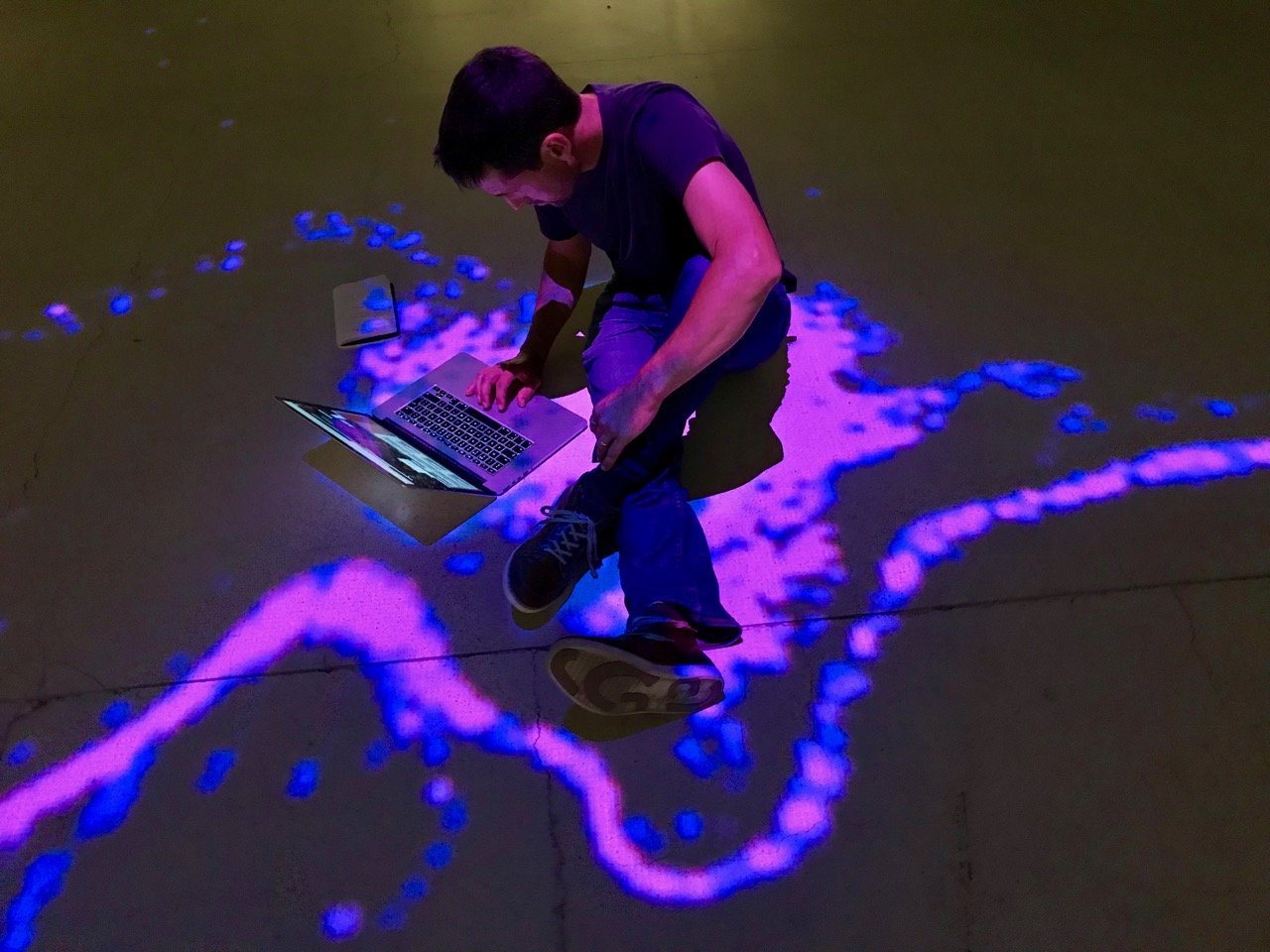 I am a creator of visual media and interactive experiences, and a passionate believer in the active role of the audience. Whether conjuring emotional responses through linear storytelling or enabling direct control of experience through interactive design, it is my conviction that emerging technology, approached with curiosity and originality, presents us with extraordinary new ways of engaging the imagination.

Together with Kit Monkman, I create work under the banner of KMA (kma.co.uk), with our kinetic light installations being presented around the world in venues from Shanghai’s Bund to London’s Tate Britain and Trafalgar Square. As a video director and content creator for live events I have created bespoke media server solution and used these at venues and festivals including the Royal Albert Hall, Glastonbury, Sadler’s Wells, Los Angeles Forum, the National Theatre and arenas across the UK, Europe and the US.

In two recent feature film projects – Macbeth (2018, Dir Monkman) and The Knife that Killed Me (2014, Dir Monkman/Romer) – I have used green-screen filming techniques and an unconventional approach to set design to help to create a hybrid of cinema and theatre: an approach that places the audience in a position of co-creators of the world and one which allows the environments to convey much more than place and time.

A serial collaborator, I thrive on developing work with other creatives and over the last two decades have worked alongside artists, directors and producers in the arts and entertainment world, including Prince, Lloyd Newson / DV8, Darshan Singh Bhuller / Phoenix Dance Theatre, Hamish Hamilton, Paolo Nutini & London Grammar.